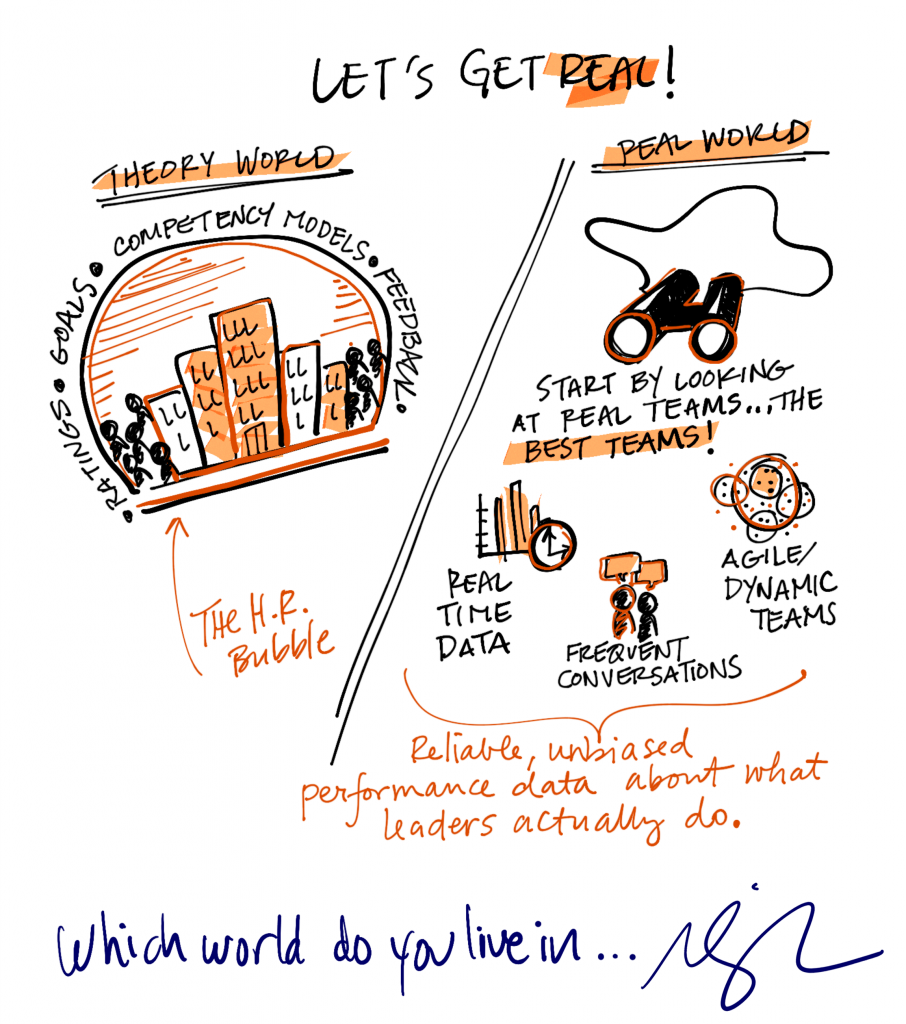 The greatest challenge for all of us in HR is that we’ve designed tools that seem disconnected from the real world.

Competencies is a great example. We define leadership with so many qualities that an individual person is supposed to have, when that person clearly does not exist. Which means that almost immediately, every competency model reveals that HR is out of step with the real world.

The once-a-year goal alignment tool is another great example: Everyone in the real world knows that the goals you choose at the beginning of the year are irrelevant by the second week. Goals shift so fast in response to real conditions that any goals aligned to strategic priorities are simply an illusion to make somebody at the top of the company feel as though they have a mechanism to control work in the real world. To the people in the trenches, pretending that goals are static makes them think we’re asking them to join a fantasy world.

Static teams are equally unhelpful: work gets done by agile, dynamic teams that are constantly changing, so looking at engagement feedback for the static teams arbitrarily listed on org charts is irrelevant. It’s from a parallel universe that doesn’t match the reality of teaming going on in the organization.

We in HR have designed systems for a parallel universe, a world that’s irrelevant to the real challenges that a team leader and a team member face. The biggest challenge for all of us in HR is to get real. Look at the dynamic teams to see where the work happens. #LOVEandWORK Click To Tweet Have the team leaders talk to their team members about near-term future work.

We can only build highly productive organizations if we build tools and training for real people on real teams doing real work in real time.